Rej-Design Oy is a Finnish company with a history dating back to 1946, when the Oy Rej Ab workshop was established in Hernesaari in Helsinki. Oy Rej Ab was named after the letters of the first names of its founders: Rudolf, Elias and John Nygård.

The product range expanded in the middle of the 1950s when the production of P- and U-model water heated drying racks made from copper (the current Retro model range) started. Oy Rej Ab was one of the pioneers in its industry in Finland.

The first electric, liquid-filled towel dryers were manufactured in the early 1970s, and a more advanced drying technology was adopted in the middle of the 1990s. Here, Oy Rej Ab also led the way within its industry. The company entered the designer age in 1995 when it started to work with leading Finnish industrial designers. Throughout its history, the company has created various timeless classics and streamlined heated towel rail models (such as the Bamboo, Tango and Largo product families).

Production relocated to Järvenpää at the beginning of the 2000s. In 2005, workshop operations were separated from drying rack manufacturing. At this stage, the name of the company in charge of towel rail production changed to Rej-Design Oy. All electric and water heated REJ Design drying racks are still hand-made in Finland from high-quality copper. The company is actively engaged in product development, and Rej-Design Oy is the market leader in Finland. 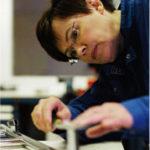 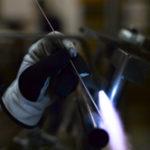 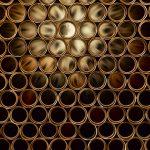 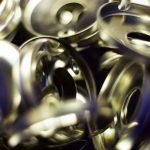